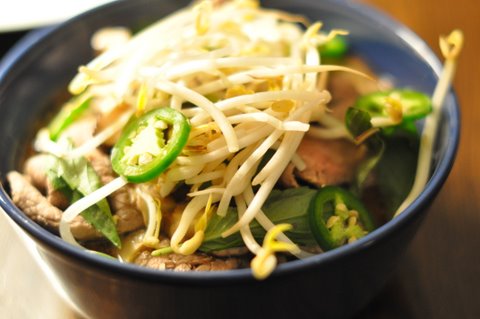 We love Pho, and I never had attempted to make it because making the broth had always intimidated me.  This recipe makes the broth have depth by the ginger and other spices, and is cooked relatively quick.  This attempt was my first, I plan on making the REAL attempt someday!  Enjoy! 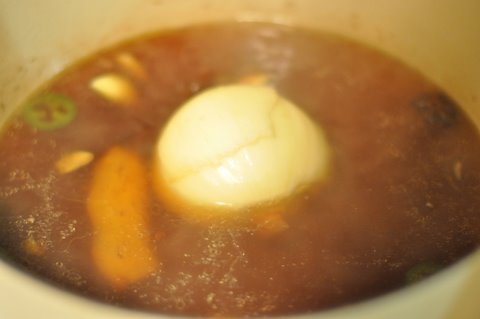 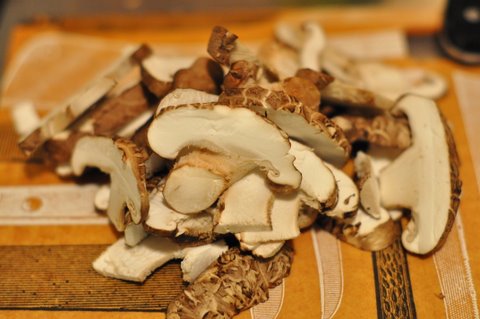 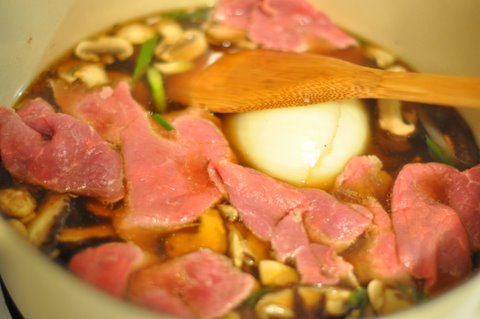 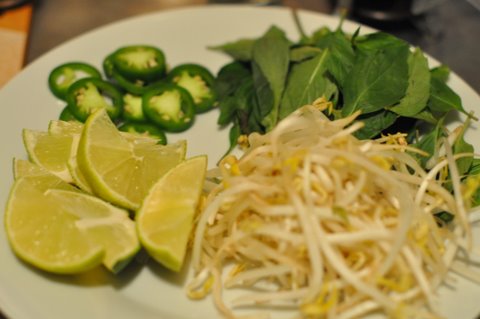